Games and the Camino 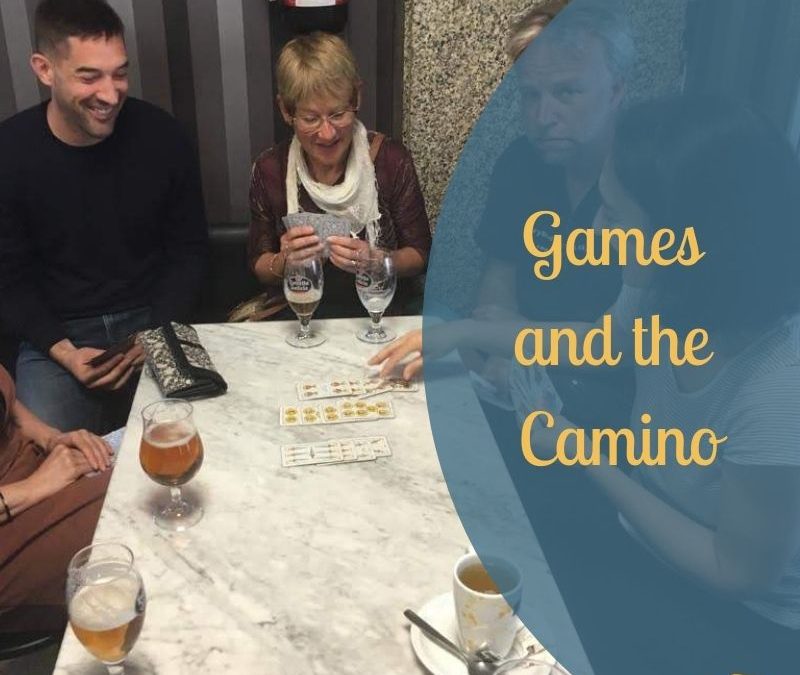 Have you ever played any games on the Camino? Have you even considered it?

I had a lovely evening on the Camino Inglés last year, playing cards. It was fun, but it was also an opportunity to bond and, of course, to learn about Spanish culture and language.

So, if you hadn’t thought about it, please think again and keep reading.

In this guest post, Vickie Kelty tells us about the benefits of games and how you can incorporate them in your Camino… and in your life after the Camino.

I know you have a lot of things to pack for the Camino and you want to keep it as light as possible, but I have one request: please don’t forget to pack a game (juego).

Now, obviously you aren’t going to put a big board game like Clue or Monopoly in your backpack! I’ll bet a deck of cards (baraja), some dice (dados), or a tiny travel size game would fit though, wouldn’t it?

First, why you’ll wish you brought a game on the Camino

What Spanish games can I learn before I do the Camino?

Keep in mind, the games I’m about to mention are suggested based only on my own personal experiences living in Spain and in the U.S. So, please take that into account if there’s a game mentioned that you’ve never heard of or isn’t popular where you’re from.

I also invite you to research any games you don’t know, perhaps they’ll become your next favorite game!

Let’s start with board games. 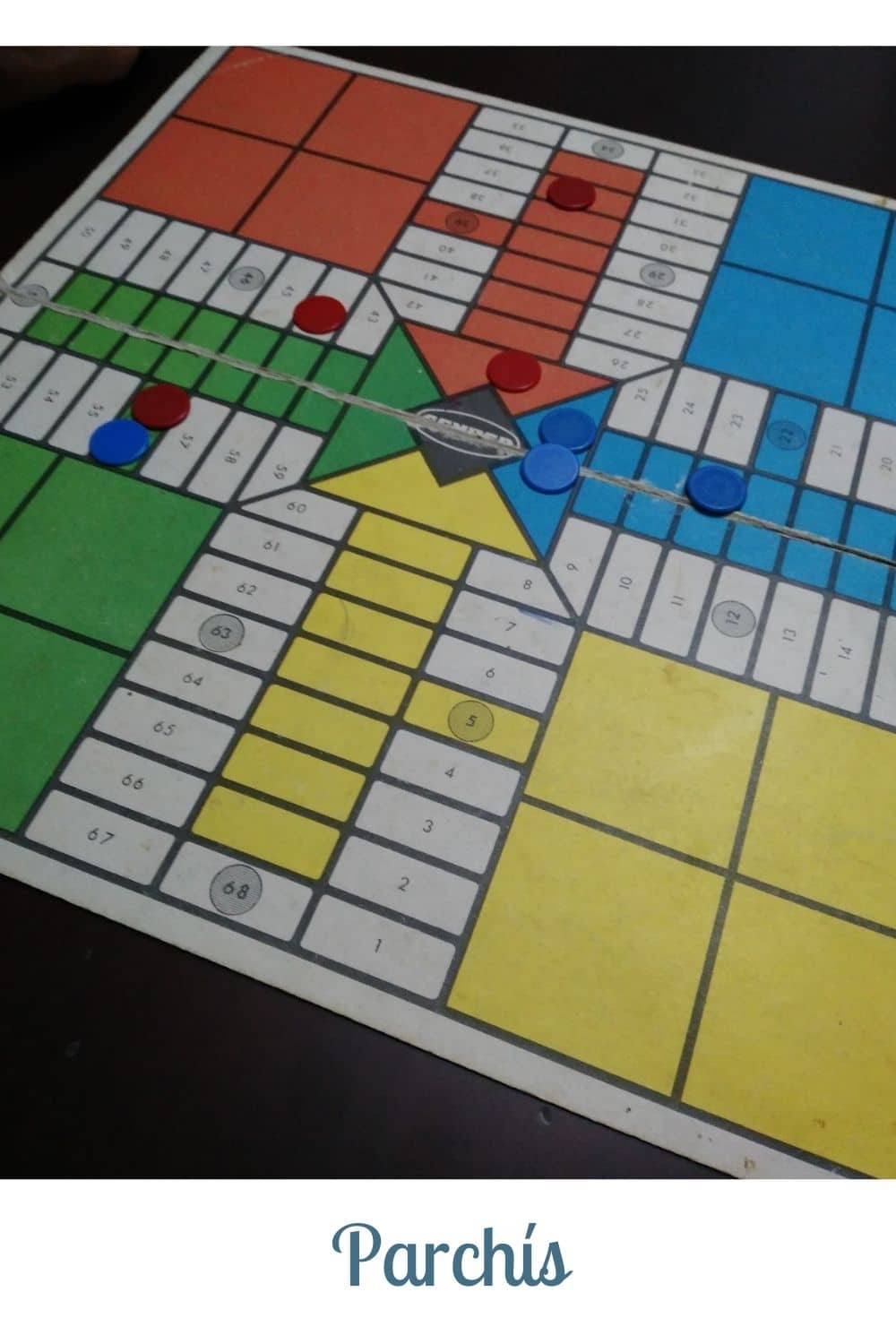 If you know the game Sorry!, which I grew up playing in Nebraska, then Parchís will look familiar to you. I found a cool magnetic travel size version called Ludo (this game goes by many names!) at a dollar store and I often bring it with me on vacation. In fact, it proved entertaining while on a road trip with my parents one summer, even though my mom always beat me.

Perhaps you’ve heard of this next game too, The Game of the Goose or La Oca. This one I hadn’t played before coming to Spain and I can’t wait to play it with my family the next time they visit. Even though I don’t have the travel size version I did see one available online. It’s like a game I grew up playing called Chutes and Ladders in that you never know if you’re going to land on a good or bad square next! 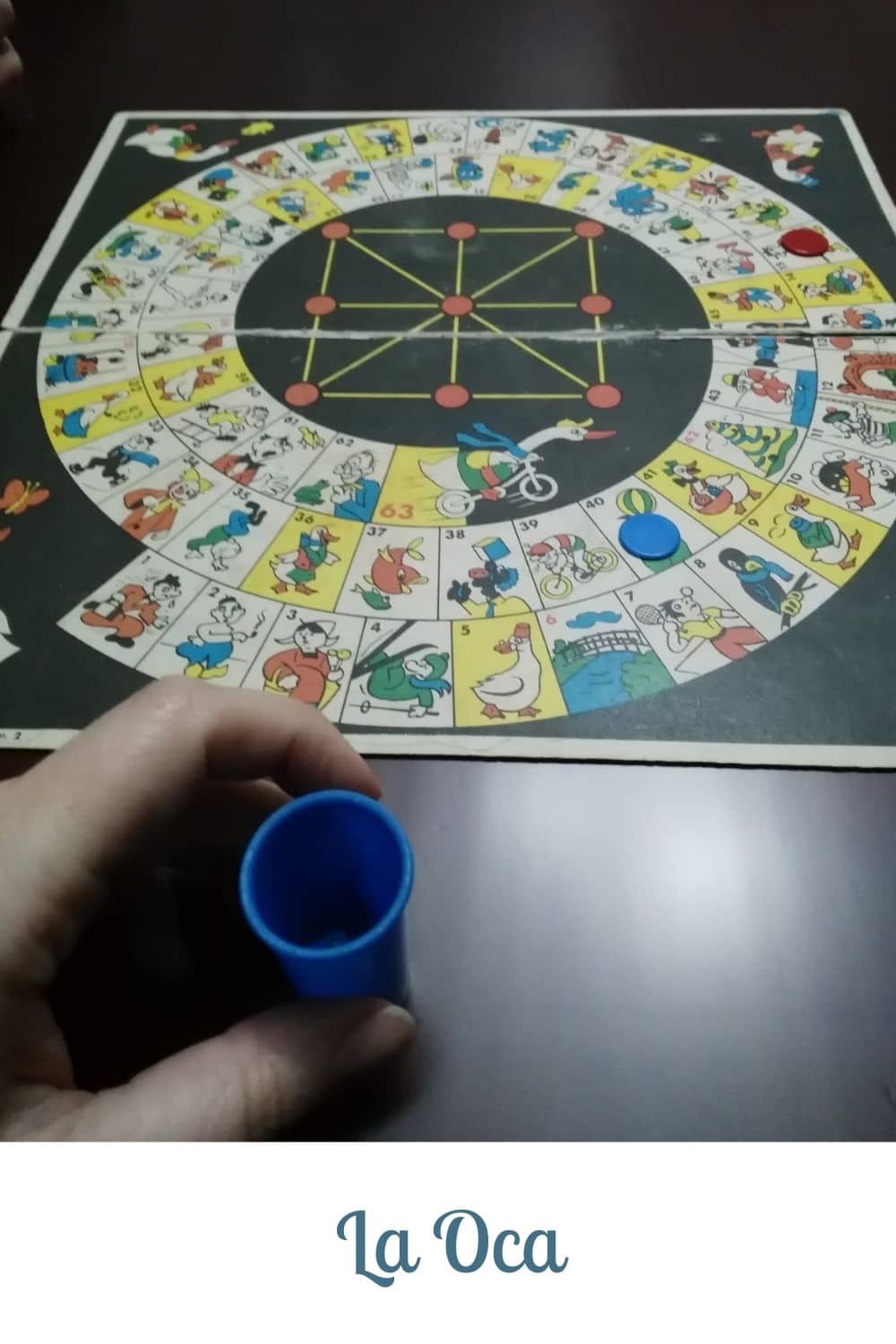 By the way, both of these board games have special Camino versions available – though perhaps not in the travel size – and they could make for nice souvenirs! So even if you don’t play them on the Camino you can play them when you get home and share your experience with others.

Although board games are nice, nothing beats a good old-fashioned card game.

While there are many popular Spanish card games, I suggest checking out Brisca, which can be played in pairs, and another game called Chinchón, which is similar to Rummy.

It might also be fun to buy a Spanish deck of cards to play with! Another nice souvenir – and this one will easily fit in your backpack.

Obviously, there are many more Spanish card and board games, but these are the ones I’ve played the most and found easiest to learn.

Think about some easy games you can share with other pilgrims. I’ll share two of my examples. A couple easy to teach card games that I played growing up are now my favorite games to teach others when I travel. They’re Old Maid and Go Fish.

Although I have special cards (cartas) for them, I don’t travel with those. I just carry a standard 52-card deck that I can play both games with. A little secret for Old Maid, I simply leave one joker in the deck and call that the Old Maid. (I know some people will remove three Queens so there’s only one Queen. Do what works for you).

Another card game I’m obsessed with is UNO! I’ve been delighted to find out that it was recognized by most of my Spanish friends when I’ve brought it out to play. Although I was surprised to find out that their rules are slightly different than the ones we played with in my family. Sometimes we play with my rules, sometimes with theirs. It’s fun to change it up!

Honestly, for me, UNO is one of the best games to travel with because the rules are easy to follow (even if they differ slightly from country to country) and the vocabulary you need to play is quite basic. Besides, when you don’t know the words gestures go a long way! Read about how UNO saved the day when I was in Costa Rica.

By the way, if you don’t want to play cards, even carrying five dice and playing a version of Yahtzee can easily be done. The game options are endless!

Just remember, whatever game you choose to bring, it’s worth it for the memories you’ll make.

What game will you bring on the Camino? 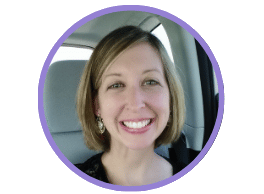 Vickie Kelty is an English speaking skills teacher originally from Nebraska, USA. She specializes in using games to help English language learners speak with ease and enjoyment. You can find her at vickiekelty.com or follow her @vickiekelty on IG where she posts regularly.

Make sure you don’t miss any posts by subscribing for free here. That way, when a new post is out, you will get it in your inbox. And… you get access to the subscribers area. I promise I won’t send you any spam.

This site uses Akismet to reduce spam. Learn how your comment data is processed.

Get your free food guide 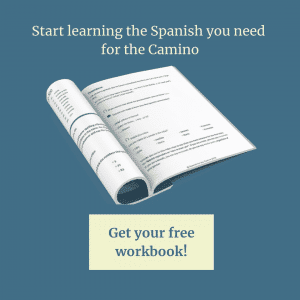